War has a way of annihilating not just individual combatants and civilians caught in the maelstrom, but also the cultural memories of the defeated. Forgotten are what cities and provinces were like after being ravaged and occupied by new regimes. Saigon of the 1960s and early 1970s is one such place. After the Republic of Vietnam was defeated in 1975, many of the city’s accomplished and notable citizens fled, were imprisoned, or, necessarily but reluctantly, adapted to entirely different social and political circumstances.

Among those who departed their country of birth, few were as recognizable as the actress and singer Kim Vui, fondly referred to as “the Sophia Loren of Vietnam”. From her early work with a government civic action cadre to subsequent nightclub singing engagements and film roles, perhaps no other is so well positioned to tell the story of Saigon's nightlife and burgeoning film scene as the famous actress from Purple Horizon. Kim Vui was a pioneering performer and spokesmodel, the first to appear in a bikini and first to do a nude cinema scene. From contested rural hamlets to stage and on camera, Kim Vui took considerable personal risk throughout her life while blazing a trail in South Vietnam, later helping refugees on Guam, observing violence in Iran, working for change in Africa, and making America her new home.

Love Found and Lost is Kim Vui’s story, told in her own words. From her challenging childhood and rise to prominence, to her torrid romance and bitter separation from an American committed to war in her country, Kim Vui candidly describes a place now lost to history and a love that spans continents and lifetimes. 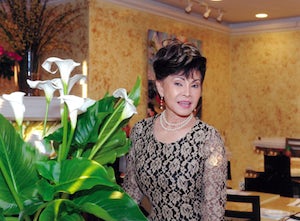 “In the current Vietnam, decades after the war, little memory remains of what was once the Republic of South Vietnam, its history, its cultural life, its society during the war. Of particular interest is the lost world of South Vietnam’s entertainment industry duringthe war: Kim Vui was a larger-than-life figure within that industry.” --Andrew Lam, former commentator, NPR’s All Things Considered, and author of Perfume Dreams: Reflections on the Vietnamese Diaspora

"Kim Vui’s love story is so captivating and beautifully told that you may not notice until you turn the last page and catch your breath that she has also given us one of the best concise histories now available of Vietnam under French and American wartime influence.<p><p>"As we experience with her the agonies of cross-cultural romance, we discover the challenges faced by a multitalented woman in an often brutally male-oriented society and meet the Quintessential Quiet American who helped pioneer US psychological warfare tactics against the Viet Cong."<p><p>--<b>Frank Snepp</b>, author of <i>Decent Interval and Irreparable Harm</i>

"Kim Vui’s memoir is an honest reflection on an extraordinary life. A South Vietnamese screen legend from the 1960s and 70s, Vui is a cinema siren, acclaimed singer, and successful business woman who can now add author to her long resume as she brings a vanished world to life in this incredible life story that could be the basis of one of her movies. <i>Love Found and Lost</i> is an important book for anyone seeking to understand the personal toll of the long war in Vietnam and its aftermath effects on a family. Kim Vui has an eye for telling detail. She also has the humility, grace, and elegance to inspire empathy for family, friends, lovers, losers, and rivals, all of whom were caught in the middle of the conflict. This is a powerful and richly layered history."<p><p>--<b>Monique Brinson Demery</b>, author of <i>Finding the Dragon Lady: The Mystery of Vietnam’s Madame Nhu</i>