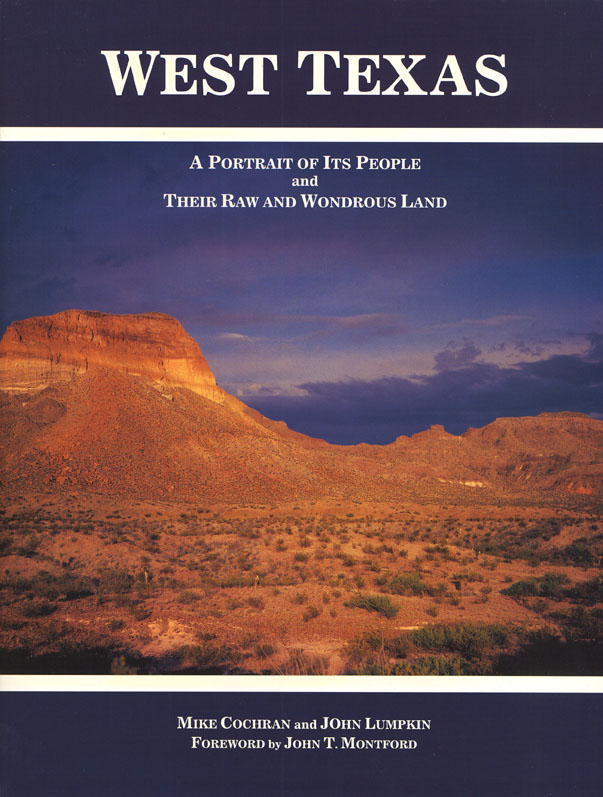 Texas Tech University Press is saddened to hear of the passing of Mike Cochran. During a nearly 40-year run with the Associated Press, Cochran told the stories of Texas’s larger-than-life characters. Over the course of his illustrious career, Cochran wrote about everything from sports to politics to natural disasters. He has the distinction of being a pallbearer at Lee Harvey Oswald’s funeral; with no mourners present aside from family members, the task of carrying Oswald’s coffin fell to the reporters covering the event.

In 1999, TTU Press published West Texas: A Portrait of Its People and Their Raw and Wondrous Land, written by Cochran and longtime friend and former AP executive John O. Lumpkin. The book also features a foreword by John T. Montford, the first chancellor of the Texas Tech University System. Cochran and Lumpkin spent most of their careers crisscrossing West Texas, and their writing brings their experiences to the pages. In the book, you can meet some of the state’s biggest legends, such as artist Stanley Marsh 3, businessman and swindler Billie Sol Estes, and Big Spring’s merry messiah, Marj Carpenter. Also included are stories on ranching icon Watt Matthews; the founders of Santa Rita No. 1; C. B. Stubblefield, patron of blues and country music stars; and even modern art’s Georgia O’Keeffe, all of whom put their stamp on Texas’s most fascinating region.

Inducted into the Texas Newspaper Foundation Hall of Fame in 2018, Cochran won numerous awards over his career, including Star Reporter of the Year from the Headliners Foundation, the top individual award given annually to a Texas journalist. The Associated Press website penned a tribute to the “one of a kind” journalist here.