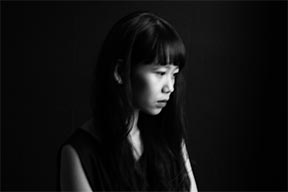 The persistent mission of the Diasporic Vietnamese Artists Network, now generously supported by Viet Thanh Nguyen’s MacArthur grant, is to celebrate and foster diasporic Vietnamese literary voices. It is to that end that we are proud to announce the inaugural title of this new publishing venture.

Coming to a bookseller near you in spring 2022 will be…

Informed by Rosewood’s own upbringing and education in Eastern philosophy and beliefs, Constellations of Eve was born from the author’s hope that love could transcend death, giving her parents the chance to meet again in another life. Rosewood’s preoccupation with the myriad ways life could turn out stems from the loss of her father, who passed away in a car accident at the age of thirty. When, as a child, Rosewood asked her mother if she would be willing to give up everything in this life to resurrect her father, the answer was a resolute yes, even though that “everything” perhaps included Rosewood herself. This novel is her attempt to untangle her mother’s deeply human impulse and to understand why love, once tasted, makes all alternatives unbearable.

Three reincarnations of one love story, Constellations of Eve chronicles the transmigration of souls. Each reality allows Eve, an artist and mother crippled by fears of being abandoned by those she loves, another chance at fulfillment—but can she get it right? Is there even such a thing as “right”? Can she be a good enough artist, mother, wife, and friend this time around? Can she ward off the loss of her loved ones, the very thing she fears the most? How many lifetimes will it take?

An intensely intimate portrait of one woman’s battles against her own destructive impulses in love, her unrelenting obsession with her art, and the envy that poisons her most treasured friendship.

Abbigail N. Rosewood was born in Vietnam, where she lived until the age of twelve. She holds an MFA in creative writing from Columbia University and lives in Brooklyn, New York. Her debut novel, If I Had Two Lives, has been hailed as “a tale of staggering artistry” by the Los Angeles Review of Books and “a lyrical, exquisitely written novel” by the New York Journal of Books. The New Yorker called it “a dangerous fantasy world” that “double haunts the novel.” Her short fiction and essays can be found at Electric Lit, LitHub, Catapult, The Southampton Review, The Brooklyn Review, Columbia Journal, and The Adroit Journal, among others. In 2019, her hybrid writing was featured in a multimedia art and poetry exhibit at Eccles Gallery. Her fiction has been nominated for the Pushcart Prize, Best of the Net, and Best American Short Story 2020. She is the founder of Neon Door, a forthcoming immersive literary exhibit.