Under a Dark Eye

BUY
Every evening our father found something wrong with Mike, who was four, five, seven, or ten or thirteen. At six he squirmed trying to cut his meat, and our father stared: “When are you going to learn to use a knife?” Mike’s back was touching the chair back. “Chair backs are not made for leaning on,” our father said. “Sit up straight.” Why wasn’t his napkin in his lap? Was this behavior deliberate? “Are you mocking me?”—from the book The Dunns seemed ordinary enough—a middle class family, living in New England in the mid-twentieth century. Their one observable singularity: they lived on the state mental hospital grounds, where psychiatrist Gladys Ward-Dunn was clinical director. The family’s grim secret: Gilbert Dunn, who never graduated high school and provided no income, was an absolute tyrant within the home, and his acid criticism, lack of empathy, and cruelty shadowed the lives of his two children and his accomplished, hardworking wife. Sharon Dunn wanted to know: how did her father become this damaged and damaging man, and why was her psychiatrist mother unable to “save” her children? In this memoir, which is part detective story, Sharon Dunn explores the forces—of family, society, and history—that shaped her parents’ inner and outer lives. She pieces together a compassionate vision of two complex individuals and their fateful marriage, through an approach uniquely her own: a painstaking assembly of research, interpretation, and imagination. Her materials: facts (from censuses, books, newspapers), letters, journal entries, memories, conversations, original poems, dreams, drawings, and photographs. Dunn’s insights are both poignant and clear-eyed, achingly individual and at the same time archetypal. 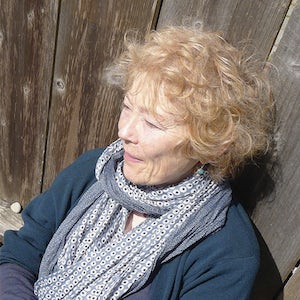 Sharon Dunn’s poetry books include My Brother and I and Refugees in the Garden.