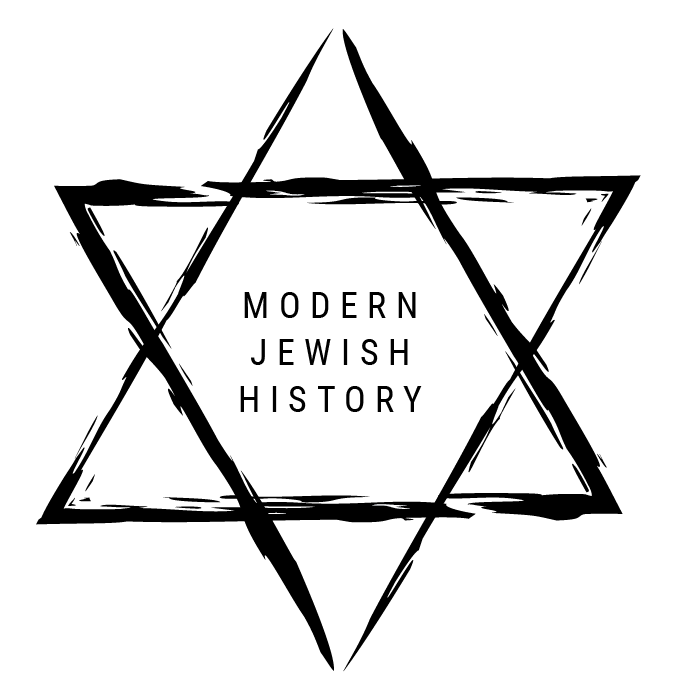 We recently decided to bring in new series editors and a refocused mission to our Modern Jewish History series. To help re-launch that endeavor, we talked to the new editors Jonathan Friedmann and Bryan Edward Stone about their own work and their vision for the series.

Do you mind introducing yourselves and talking a bit about where you live? The series is focused on the American West, and each of you lives in a different corner of that region.

JF: I’m Jonathan Friedmann, and I live in Claremont, California, on the eastern edge of Los Angeles County, known as the “City of Trees and PhDs” for its tree-lined streets and abundance of colleges and graduate schools.

BES: I’m Bryan Edward Stone, and I live in Corpus Christi, Texas, where I teach US history at Del Mar College, our county’s community college. I’m a native Texan—born in Houston, raised in Dallas, educated in Austin, now teaching in Corpus Christi—and Texas has been the primary focus of my research and publishing. Corpus Christi is a unique and interesting place to live and work, a truly multicultural city that is nearly 70 percent Latinx with a long local history of Mexican American community and political activism. We have a small (and shrinking) Jewish community here that despite its size is also reflective of that multiethnic diversity.

I don’t necessarily need y’all to recite your CVs for me, but can you talk broadly about your research interests?

JF: I’ve published in a variety of areas, including Jewish music history, biblical criticism, musicology, sociology of religion, religion and popular culture, contemporary Judaism, environmental ethics, and the cultural history of Jews in the American West.

BES: I began researching and writing about the Jews of Texas when I was a doctoral student at UT–Austin in the 1990s. I learned that my great-grandfather, Edgar Goldberg, had founded a Jewish newspaper in Houston in 1908, the Texas Jewish-Herald, which is still published as the Jewish Herald-Voice, and I discovered that UT had all the Herald’s back issues on microfilm. I started reading them out of curiosity about my ancestor and found myself with a rapidly expanding dissertation project. My dissertation on Texas Jewish history became a book, The Chosen Folks: Jews on the Frontiers of Texas, published in 2010. In the course of my research, I found an unpublished memoir in the UT stacks written by a Russian Jewish immigrant who had lived in San Antonio. Getting that work published became my second book project, Memories of Two Generations: A Yiddish Life in Russia and Texas (2016). I’m at work now on the memoir of Morris Riskind of Eagle Pass, Texas, to be published by TTUP, and I’m involved in an ongoing project to learn more about the Jewish immigrants who arrived in Texas through Galveston at the beginning of the twentieth century.

You both are involved in other sites of research: journals, museums, societies. Can you talk about these and the role they play in the practice of history?

JF: I’m the president of the Western States Jewish History Association and, in that capacity, also the director of the association’s online Jewish Museum of the American West and editor of its journal, Western States Jewish History, published since 1968. Our goal is to uncover and preserve stories of the region’s Jews and Jewish institutions and present those stories in a way that is both accessible to laypeople and valuable to scholars of Jewish and ethnic studies.

BES: I’ve been a member of the Southern Jewish Historical Society for twenty-five years, and it provided me with a network of scholars interested in Texas and American Jewish regional studies that I couldn’t find anywhere else. I became involved in the production of their journal, Southern Jewish History, first as a contributor starting with its first issue in 1998, then as a proofreader, now as managing editor. I’ve managed the production and circulation of the journal since 2014. One of the strengths of the SJHS and our journal, I believe, is the intermixture of professional and amateur historians who are involved. Many contributors to Southern Jewish History are noted scholars and renowned academics, some are up-and-coming graduate students, others are non-historians and first-time authors learning as they go to produce a scholarly article. Nonacademic audiences, not only at SJHS but at speaking events I’ve done at local historical societies, genealogical societies, Jewish community centers, and synagogues, have been among the most rewarding to engage with, and I’ve learned from meeting people there that many have ambitions I’d like to help encourage to tell their own family and community stories.

Finally, are there particular kinds of books or topics you’d be especially eager to see for Modern Jewish History going forward?

JF: I’d like to see books highlighting the work, methods, and observations of historical researchers, both professional and amateur (archivists, collectors, genealogists, oral historians, memoirists, archivists, etc.) and how these individuals contribute—often in unsung ways—to the discipline of modern Jewish history. I’d also like to see fresh memoirs and biographies of little-known figures who have played significant roles in the American West and beyond.

BES: I fell into it kind of sideways, but I’ve had the opportunity over two book projects to see the value in memoir, especially as a way to present the stories of “regular” people whose lives are every bit as much part of history as the famous and powerful. Alexander Gurwitz, the author of the first memoir I edited, wrote in his preface that no one would tell his story if he didn’t tell it himself. “Believing that I am capable of writing it myself, and that perhaps my life story will be of interest, why shall I not write it?” I have no doubt there are many other remarkable unpublished life stories waiting in boxes and library shelves to be found, and they can provide not only new and interesting insights for general readers but rich primary source material for professional historians. I would like to see similar unpublished primary documents find their way into print and the preservation and access it provides.