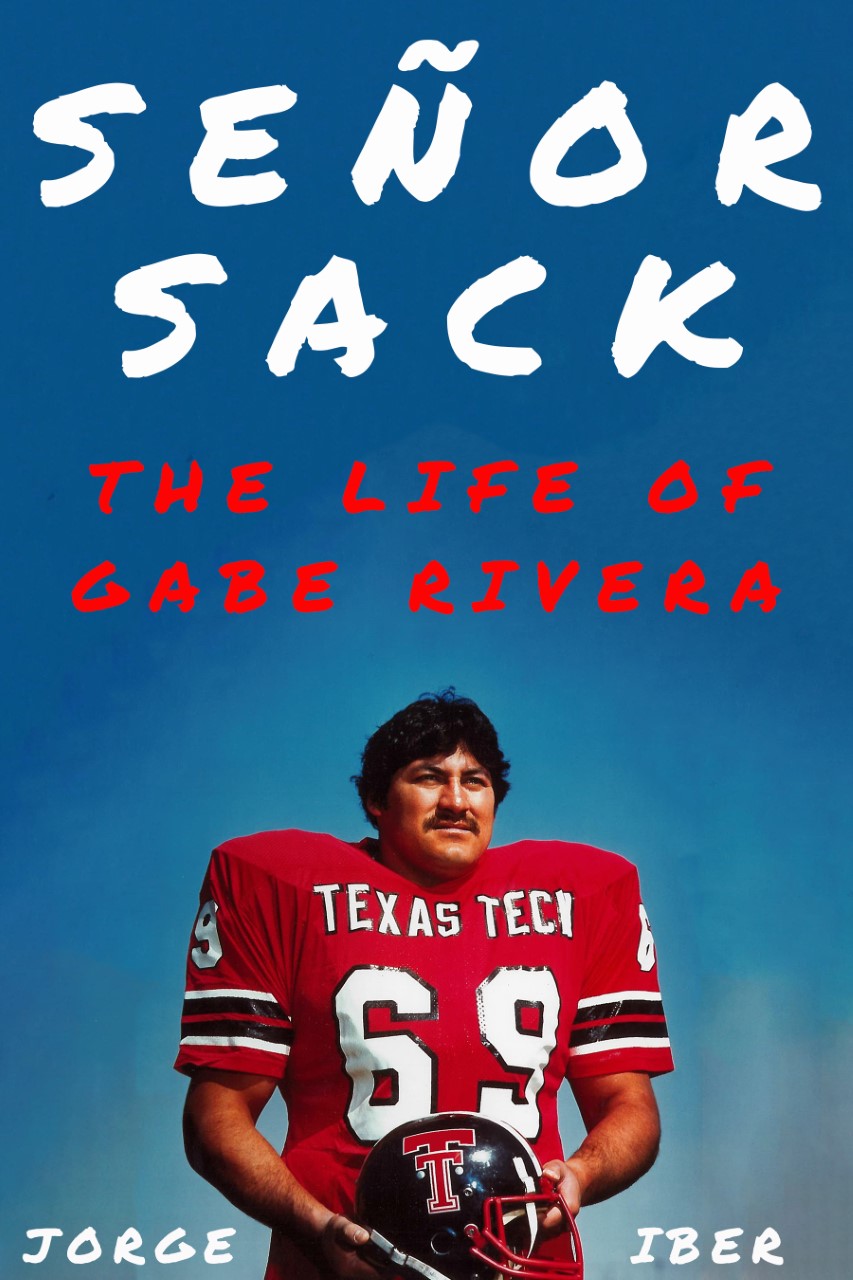 Growing up in Lubbock, I had the honor of watching “Señor Sack” play in person. My father took me to almost every Texas Tech home game during my youth, and to say that Gabe Rivera was my favorite Red Raider football player is an understatement. There was something magical about watching him on the field: He seemed to be involved in almost every defensive play, whether he was meeting a running back head-on at the line of scrimmage or chasing down a scrambling quarterback. Over my many years as a college football fan I’ve never witnessed another such dominant player.

Jorge Iber’s new book, Señor Sack: The Life of Gabe Rivera, chronicles this Mexican American athlete’s rise to prominence and later life. Beginning with the Rivera family in Crystal City, Texas, a hotbed of Chicano activism in the late 1960s, Señor Sack seeks to understand how athletic success impacted the Rivera family’s most famous son on his route to stardom. Football provided this family with opportunities that had not often been available to Mexican Americans during the 1940s and 1950s.

Rivera attended Texas Tech University and played for the Texas Tech Red Raiders from 1979 to 1982. Recruited as a tight end and linebacker, at 6ʹ3″ and weighing between 270 and 300 pounds he was able to complete a 40-yard dash in 4.8 seconds. In 1980, Rivera earned honorable mention All-American honors as a sophomore. In 1982, he received significant national attention after a 10–3 loss against the #1 ranked Washington Huskies where he made ten tackles, four pass deflections, four quarterback pressures, and a sack. That season Rivera was recognized as a consensus first-team All-American as a senior defensive tackle. His season total of 105 tackles still holds the school record for a defensive tackle. Additionally, Rivera was named the Southwest Conference Defensive Player of the Year and would later be named to the Southwest Conference All-Decade team. Finishing his four-year career with Texas Tech, Rivera had 321 tackles, thirty-four tackles for loss, fourteen sacks, eleven pass deflections, and six fumble recoveries.

During the 1983 NFL draft, the Pittsburgh Steelers selected Rivera in the first round (21st pick overall), notable because the Steelers decided to pass on hometown hero and University of Pittsburgh quarterback Dan Marino as heir apparent to Terry Bradshaw. During the 1983 season, Rivera logged two sacks in his first six games.

Tragically, on October 20, 1983, Rivera was paralyzed in a car wreck. While the injury seriously derailed his life, Rivera struggled to regain a sense of purpose. As Señor Sack recounts, over the final two decades of his life Rivera found meaning in helping minority youths in his community of San Antonio, serving as an example of what can be accomplished even under incredibly trying circumstances. Ultimately, the true legacy of Gabe Rivera is not just on the football field but also in the lives he touched with his volunteer work.

On July 2, 2014, Gabe Rivera was named as the fourth member of Texas Tech’s Ring of Honor and had his name inscribed on Jones AT&T Stadium along with fellow College Football Hall of Fame members Donny Anderson, Dave Parks, and E. J. Holub. A true Texas football legend, Gabe Rivera powered through many obstacles to make way for future generations of Latinos in American sports.