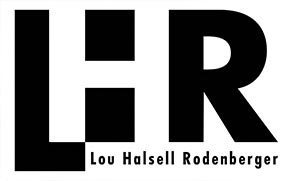 The Lou Halsell Rodenberger Prize confers a $1,000 award and publication of the manuscript best illuminating women’s roles in the history, culture, and letters of Texas and the American West, especially in West Texas and the Texas Border Region.

Manuscripts must be submitted by November 30, 2021, to the attention of Travis Snyder, Senior Acquisitions Editor. Manuscripts must be no shorter than 50,000 words and no longer than 90,000 words including notes and ancillaries. All submissions should include a cover letter, a CV, and a complete manuscript, including all illustrations and supplementary materials.

By submitting to the competition, you warrant that you are allowing TTUP right of first refusal to publish your manuscript. Submissions that do not receive the Lou Halsell Rodenberger Prize may also be considered for book publication. Portions of submitted manuscripts may have appeared previously in journals or edited collections, but previously published works will not be considered.

Lou Halsell Rodenberger edited or authored several books and articles, including Jane Gilmore Rushing: A West Texas Writer and Her Work (TTUP, 2006) and Writing on the Wind: