Voice in the American West

BUY
This is the story of Watson Mithlo, Chiricahua Apache, his family, and his life. Watson’s story embodies the life of the Chiricahua Apache people, who in 1886 were forced into exile to Fort Marion, Florida, by the US government and considered prisoners of war until 1914. This story tells Watson’s lived history as the Chiricahua were relocated from Arizona to Florida to Alabama and finally to Fort Sill, Oklahoma. But this is also a story of Harry Mithlo, Watson’s son, and Conger Beasley, Harry’s friend. It is a story of telling a story. The three voices that serve as our narrators--Watson, Harry, and Conger--all contribute information and emotions, caught up in a kind of ongoing, never-ending, simultaneous present. This story is a composite, a mosaic, a song. It is imbued with oral tradition, Apache medicine, and the dance of the Chiricahua Mountain Spirits. Through Watson, Harry, and Conger, one man’s life becomes a circle, blending history with the sacred in the telling of a distinctly Native story. 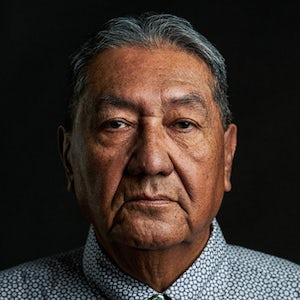 Harry Mithlo, enrolled citizen of Comanche Nation and Chiricahua Apache son of Watson Mithlo, is an active cattle rancher. He is a retired educator who served on the Comanche Nation Business Committee as an elected official. He resides in Lawton, Oklahoma, with his wife Juanita Pahdopony, in the heart of Comanche country.

Conger Beasley Jr. published over a dozen books, many dealing with the history of the American West. He won the Western Writers of America Spur Award in nonfiction in 1995 for We Are a People of This World and the Thorpe Menn Award for Literary Excellence in 1991 for Sundancers and River Demons.