And Other Portraits of People at Play

BUY
From rock climbing to rodeo, bowling to boomerangs, sumo wrestling to slow-pitch softball, this collection of magazine and newspaper stories by one of America’s leading writers of narrative nonfiction probes the passion people of all ages and genders pour into the games and sports they play. From a basketball-crazed Eskimo village in Arctic Alaska, to a Massachusetts mill town where a kid named Jack Kerouac once starred for the high school football team, to a miniature golf course in Virginia Beach where a Putt-Putt pro hustles tourists for cash, these stories explore the more obscure nooks and crannies of our culture, revealing what our recreational obsessions say about us as individuals and as a society. Heroic and heartbreaking, triumphant and tragic, comic and calamitous, the stories shared in Pumping Granite comprise an insightful, compassionate, complex and entertaining journey into the souls of the men, women, and children whose lives are consumed by the games they play. 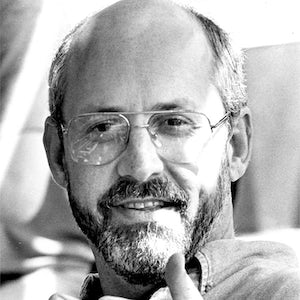 Mike D’Orso’s work includes sixteen books, all in the form of narrative nonfiction. Eight have been bestsellers; three were nominated for Pulitzer Prizes. Honors for his work include the Robert F. Kennedy Book Award, the American Library Association’s Nonfiction Book of the Year, inclusion among the New York Times Notable Books of the Year and Newsweek’s 2009 list of “50 Books For Our Times,” the Lillian Smith Book Award for writing on social justice, the American Library Association’s “Alex” Award, the Christopher Award, and selection three times in the annual Best Sports Stories anthology published by the Sporting News. He has appeared on the Oprah Winfrey Show, C-Span’s Book TV, MSNBC, and numerous National Public Radio programs, including Michael Feldman’s Whad’Ya Know? A former feature writer for Norfolk’s Virginian-Pilot and Ledger-Star newspapers and frequent contributor to Sports Illustrated, he lives in Norfolk, Virginia. www.mikedorso.com