Into a Thousand Mouths

Introduction by Robert A. Fink

BUY
In the bone-dry land of mesquites and drought, Janice Whittington has found images that allow her to explore woman’s place in West Texas and the world from the perspectives of daughter, wife, friend, and mother. Filled with fear and fire, joy and sorrow, dust and water; the poems risk stepping into air, striving to glide like hawks on thermals. “Into a Thousand Mouths is the account of Eve after the fall, after she follows her husband out of the garden and of tilling yield.... It is the account of one woman, of all women—’that female secret of wombs, / the ache that folds into the chest / and stays, a wound / nursed into a jewel (‘Daughters’). . . . “The connections between women and a needy world seem to be infinite, as the five sections of the book suggest, orchestrating and developing the connections of women to their fathers, their mothers, their grandparents and great-grandparents, to their heritage of pioneer women, to their displacement from the fecund East and their alienation in the seemingly barren West, to their daughters, and to their husbands.” “...[Whittington’s] Eve has planted her jungle west, not east of Eden, and like the trumpet vine that ‘shares orange buds’ (‘Rain Forests’) and the desert plants that put down roots (‘The Roots of Desert Plants’), her jungle just might flourish.” —Robert Fink, from the Foreword Woman of the Sea Did she caulk the cabin cracks with bread dough, the dirt too hard to chip into mud? Did wedding quilts drag the floor, capes for one who had packed away her veils? Did her hands bleed from lye scrubbed into shirts, from breaking manure and cactus into chunks for fire? Did she turn her back to the wind or lift her chin and dream of oceans, wearing her hair loose, bits of coral catching wisps in a red comb, inviting men full of salt to sail through dangers to her arms? Did she one day slip pins from her hair and step into waves of the prairie, searching for shore and singing? 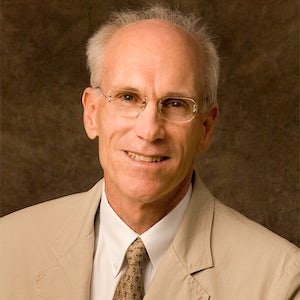